Liberty Ashworth – On The Road Recipient 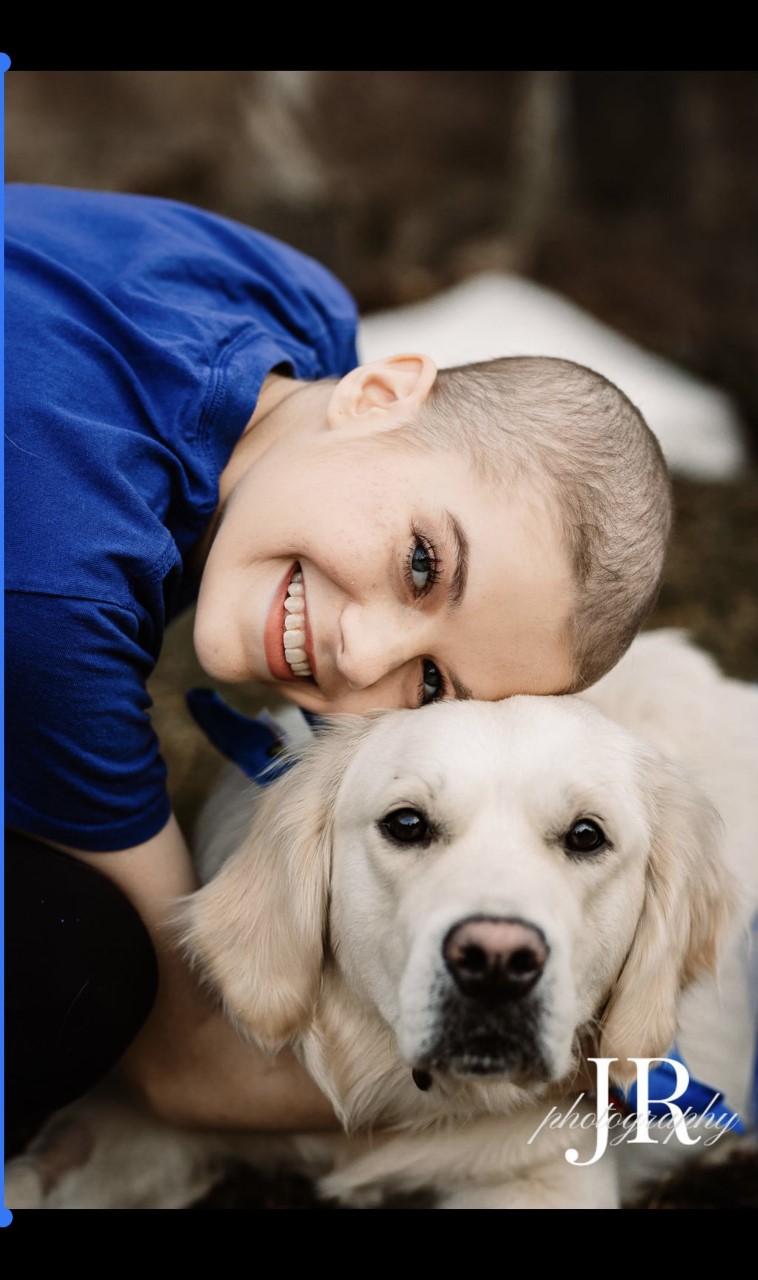 Liberty Ashworth is a 15-year-old from Panora. She was diagnosed in Nov. 2020 with Stage IV Adenocarcinoma Colorectal Cancer that had metastasized to her liver. Just six short days later, she underwent surgery at Mayo in Rochester, MN. We returned home after being hospitalized for several days and started chemotherapy. CRC is very rare in children and it proved to be even more difficult because the only known treatments for this are specific to adults. The chemo treatments were very difficult for her and she spent more time hospitalized for complications than she actually got to be at home. One of the longest started on Christmas Eve and she remained hospitalized until Jan. 1, 2021.
During the time following the first surgery at Mayo, genetic testing was completed and we learned that Libbie has a genetic condition called Lynch Syndrome, which makes her more susceptible to various cancers. Typically, onset isn’t until late 30’s or later. Genetic counselors are still working to determine why her onset was so early in life. With this unique turn of events, Libbie became eligible for targeted immunotherapy treatment, which she started in January. This was a much easier treatment regimen but unfortunately the cancer has progressed through the chemotherapy.

After about a month of ongoing health issues leading to a complete bowel obstruction, she was life flighted to Mayo for emergency surgery. During this time it was discovered that the caner had spread into her peritoneum area as well as the small bowel. Libbie underwent another very grueling, long surgery where her colon, part of her small intestine and two additional tumors in her peritoneum were removed. At this time it was decided that since Libbie had only completed two immunotherapy sessions, that we would continue on this course and to also give her time to heal after 2 very difficult surgeries in just a 10-week time frame. Just four short weeks out from her second surgery, Libbie decided to compete in a dance competition that her studio was performing in. She worked with her instructor and they choreographed a beautiful solo in just under a week. She performed the solo at the event and received a Platinum Award and 2nd place overall in the teen division. Pretty incredible for a child with cancer and recovering from a major surgery. This is a true testament of her strength and determination.

Libbie has continued to get stronger every day and is now back to a somewhat normal teenage life. She continues to dance, spend time with her friends and even started working at a boutique in our community. Immunotherapy has been such a miracle for her. Her scans have continued to show that the cancer is stable in some areas and additional areas that were of concern are not showing any activity, so they are believed to be necrotic (dead cells). We are so blessed and Libbie is truly a miracle. We are so thankful every day for her continued improvements.

Libbie is so excited about being selected for the My Happy Place bedroom makeover, she was literally doing a happy dance after our first zoom meeting. We are so thankful for all the wonderful support, love, prayers and My Happy Place for gifting Libbie with such a wonderful gift. Seeing her excitement and her beautiful smile makes every day a little bit brighter.